A comparator is a precision instrument used to compare the Dimensions of a given working component with the actual working standard.  There are different types of comparators are available. In this article, we are going to discuss the Electrical comparators and Electronic Comparators.

Electrical comparators convert the linear movement of the plunger into electrical signals and these signals further calibrated with the help of Galvanometer on to the graduated scale.

Whereas Electronic comparators are used frequency modulation as the magnification system and projected it on the meter.

In electrical comparator, we use a Wheatstone bridge circuit to incorporate the galvanometer.

What is Whetstone bridge? 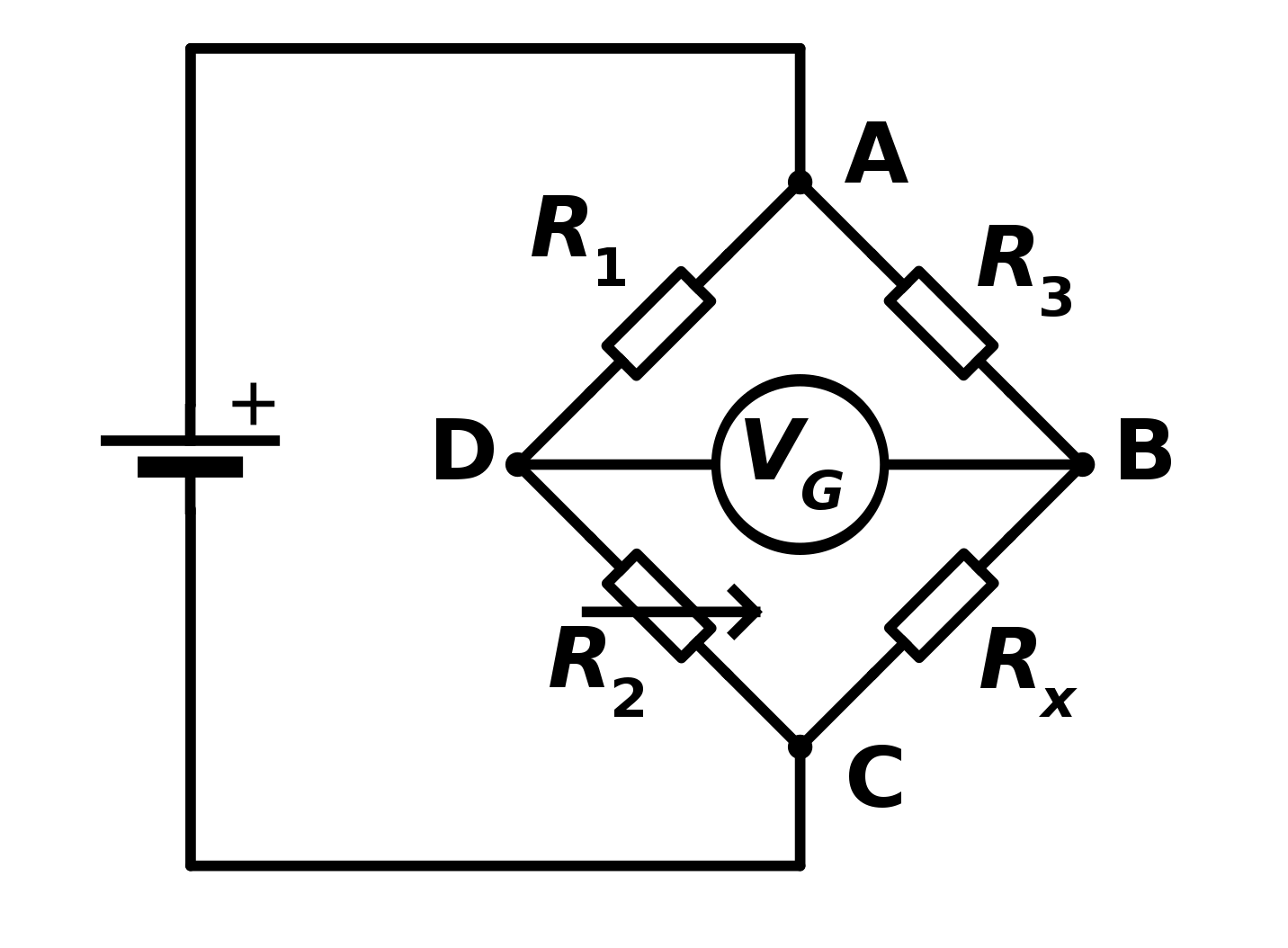 A device used to measure the unknown resistance. The construction of Whetstone is quite simple. there is two series set of resistance connected parallelly and a voltmeter is connected in between them. Simply we can say two legs of resistance. In which one leg consists of the unknown resistor, that has to be calibrated. but this circuit structure will act as an actuator(Galvanometer) in this electrical comparators.

Ok that’s may be enough, for now, to be continued to the actual topic…

With the whetstone bridge circuit, we will incorporate the galvanometer.

An armature is supported on the thin steel strip and is placed in between the two coils A and B.(as shown in below diagram) When the armature is at its centre position that means, it will have equal distance from both coils A and B, then there will be no current passing thru the whetstone bridge galvanometer.

A plunger has captured the movement as the measuring tip and passes this movement to the thin steel strip.

Now the Armature will be unbalanced and the electric current will be passing thru it. It will be shown as the deflection with the help of galvanometer.

As we mentioned above these comparators uses frequency modulation and calibrate and projected it to the scale.

Anyway, we will see how it works in electronic comparators.

Advantages of Electrical and electronic Comparators

Disadvantages of Electrical and electronic Comparators

Read other types of comparators