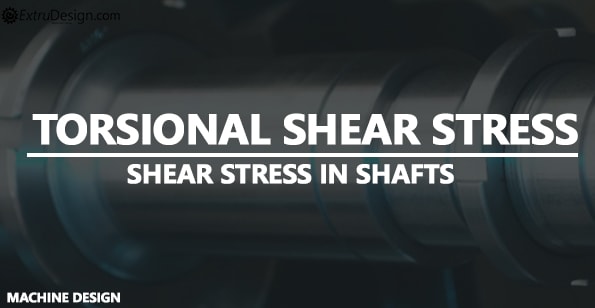 Twisting can be produced in the shaft when two equal and opposite couples acting in parallel planes.

What is the couple?

A couple is Two equal and opposite parallel forces acting upon a body with a different line of acting points said as a couple. (the Following figure represents how a twisting is produced when tightening of a nut with a wrench)

When a machine member is under the twisting force then it is said to be the shaft is subjected to torsion. Due to the Circular section of the shaft, It has been considered that the shear stress at the centre axis will be zero and it is maximum at the outer surface of the shaft.

From the Torsion equation for a circular member is

r = Radius of the shaft

C = Modulus of rigidity for the shaft material.

l = Length of the shaft

θ = Angle of twist in radians on a length “l”

This torsion equation is base on the following assumptions

From Torsion Equation we can assume

We can calculate the Torsional shear stress from this form

We can also find other unknown factors like the twist in the shaft, torsion force or the polar moment of inertia from the Torsion equation.

From this, the torsional rigidity can be defined as the product of the polar moment of inertia and the Rigidity of shaft material.

C = Modulus of rigidity for the shaft material.