Alloy cast iron is obtained by adding the different constituents to gain different Mechanical properties like strength, Wear resistance, corrosion resistance, Heat resistance. Those are like nickel, chromium, molybdenum and copper. The following are the different impurities which will affect the mechanical characteristics of the Cast Iron.

These are the common impurities which will affect the properties of Cast Iron. Let’s discuss them in brief one by one. 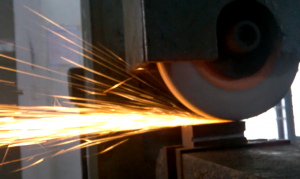 For the purpose of soft and easy machinability,  we should maintain the proper amount of silicon in cast iron. In Cast Iron, it is already present up 4% as one of the constituents. We can add more silicon further to Cast Iron to increase the desired properties. The main effect of the further adding silicon to the cast iron is Increases fluidity for casting, Influences the solidification of liquid alloys.

The brittleness in the Cast Iron can be increased by adding the Sulphur. But sometimes it should maintain a bit low due to too much sulphur gives unsound casting. For the foundry purposes, it should keep under 0.1%.

Manganese makes the Cast Iron looks white and increases the  hardenability and tensile strength. The amount of manganese in cast iron is up to 0.75%.  Manganese used to counters the brittleness from sulphur in the Cast Iron.

Phosphorus may occupy up to 1% in cast iron Composition. Due to phosphorus present in cast iron, it will increase the fluidity of cast iron which helps for Intricated(Complex and detailed) casting designs.

All these constituents Silicon, Sulphur, Manganese and Phosphorus are very much helpful to make the Cast Iron achieve different Mechanical properties such as strength and resistance to corrosion, heat, and wear.